Picked up one of these at a recent hamfest. Didn’t have to pay shipping or sales tax, so I call that a bargain. Needed a slightly bigger PSU than the MFJ-4225MV, but still use that for chatting on local repeaters with the 25W QYT-8900D.

As it turns out, you can connect a USB cable from a PC to an IC-7300, and run some free software, and instantly enjoy a bunch of HF digital modes. The IC-7300 appears to the PC as two separate USB devices – an audio interface, and the remote CI-V (CAT) serial interface, so no additional hardware is required. Pretty sweet!

So the two softwares are fldigi and WSJT-X.

But, I haven’t tried out WSJT-X yet. I’m struggling to understand fldigi. Also there may be some IC-7300 settings that aren’t optimal as well. I can see the audio on the waterfall and oscilloscope displays, and the frequency and radio knob are synced, so both the USB interfaces are working and fldigi is configured correctly. I think the RX levels might not be optimal, because it decodes garbage. PTT works (radio transmits), but I don’t want to transmit until I know receive is working correctly and I have a better understanding of everything.

This link may help me understand the basics of fldigi:
http://www.w1hkj.com/beginners.html 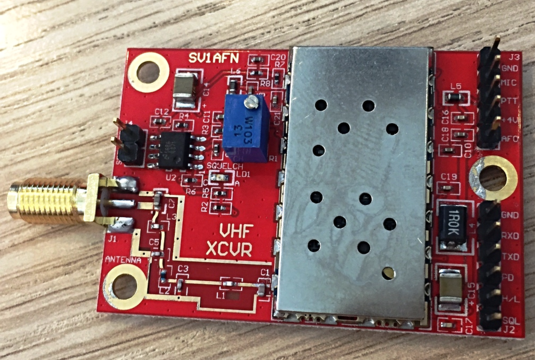 I bought one of these, wired it up to an Arduino, wrote some code, but then got busy and sidetracked, and so haven’t got back to finish it yet.

It’s only 1.7W tx power, but has CTCSS and offset frequency. With a decent VHF antenna (say, a J-pole at 40 ft) you could probably work the local repeater, and maybe APRS/packet, plus RTTY, SSTV, PSK31.

A halo antenna is a horizontally polarized, omnidirectional, ​1⁄2 wave dipole, bent into a loop with a small break on the side of the loop directly opposite the feed point.

A stacked halo configuration uses two identical antennae oriented one above the other, fed in parallel through a phasing harness. The stack adds gain in the horizontal plane with a corresponding reduction in the vertical plane. The realizable gain is around 8dBi.

A directional antenna such as a Yagi can provide a little more gain (9+ dB), but requires an antenna rotator.

The halo antenna characteristics — omnidirectionality and horizontal polarization — make it a good choice for 2m SSB.

Mike Fedler, N6TWW, has documented several of his halo builds. His web pages and videos are extremely detailed, and capture the entire process including dimensional calculations, materials, fabrication, assembly, and tuning.

SSB on 2m using a 10m SSB radio with a transverter

Everybody knows that 2m FM is how we talk to our ham radio buddies on the local repeaters. Just pick up a janky Baofeng HT for $25, plug in the repeater settings, and you’re good to go.

But SSB is much more efficient than FM, and when conditions are right, SSB contacts can be made with stations over a thousand miles away!

This arrangement will work for any modulation that your HF radio or QRP rig is capable of. My ICOM IC-7300 supports CW, SSB, LSB, AM, and FM, and can also handle a variety of weak signal digital modes using fldigi and WSJT-X software. Most multi-band HF radios have similar capabilities. The µBITX is a low-cost QRP kit that will do SSB on 10m.

I ordered the following transverter kit for $75, which includes shipping from Ukraine. Output power is 10-15 W with an input of 50mW, so the kit includes an attenuator board. The boards are fully assembled, tested, and tuned. The kit includes everything shown in the picture. Following are some links about 2m SSB.

Simple summary from a simpleton (me), who is also not a lawyer. YMMV and I could be wrong. More words = more confusion.

1. It is illegal to market/distribute/sell radios in the US that tx outside US ham bands, without having the appropriate certification (e.g Part 90, etc).
2. Some Baofeng and derivative/similar radios allow tx outside US ham bands, and this ability can be reconfigured in the field.
3. It is perfectly legal for US Amateur Radio licensees to possess and use such devices, as long as they do NOT tx outside US ham bands.
4. Baofeng and the other OEMs can easily remedy this situation by changing their firmware to disallow configuration.
5. Field modification of hardware to “open up” tx on all freqs is a completely separate issue.

I don’t know or care about commercial, air band, etc, but as for hams, it seems you are free to continue using your BaoFengs…or any device, whether commercially manufactured, hacked, or home brew….as long as you don’t tx outside ham bands, or outside your license class band and mode restrictions.

Picked this up at the recent hamfest for $25. Appears to work flawlessly: measured 145W into dummy and Arrow dual band J-Pole. Signal quality reports were good. 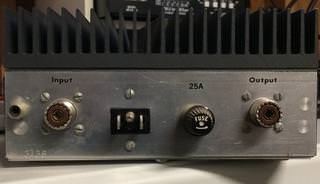 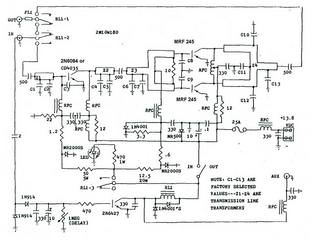 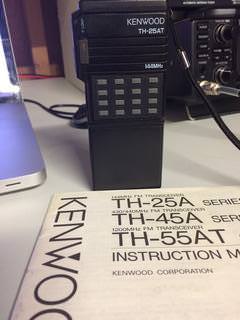 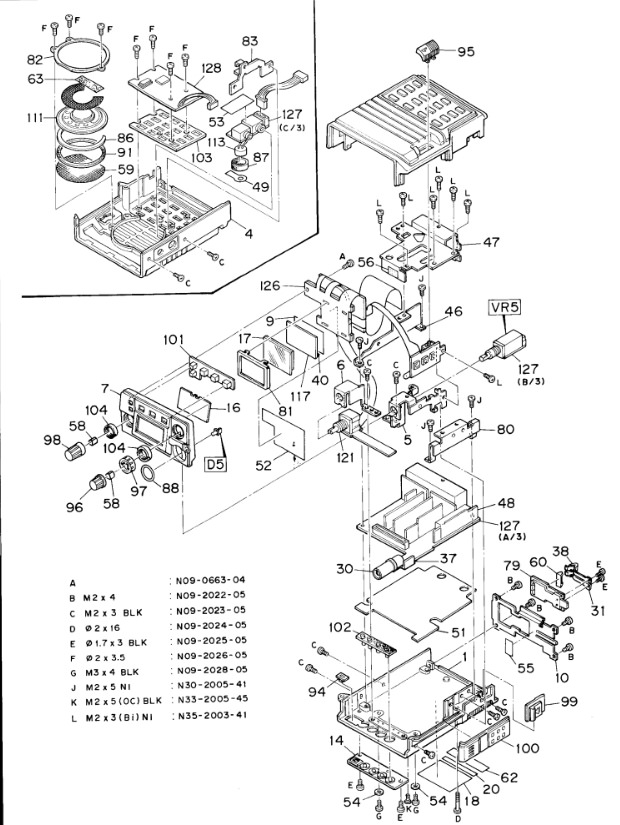 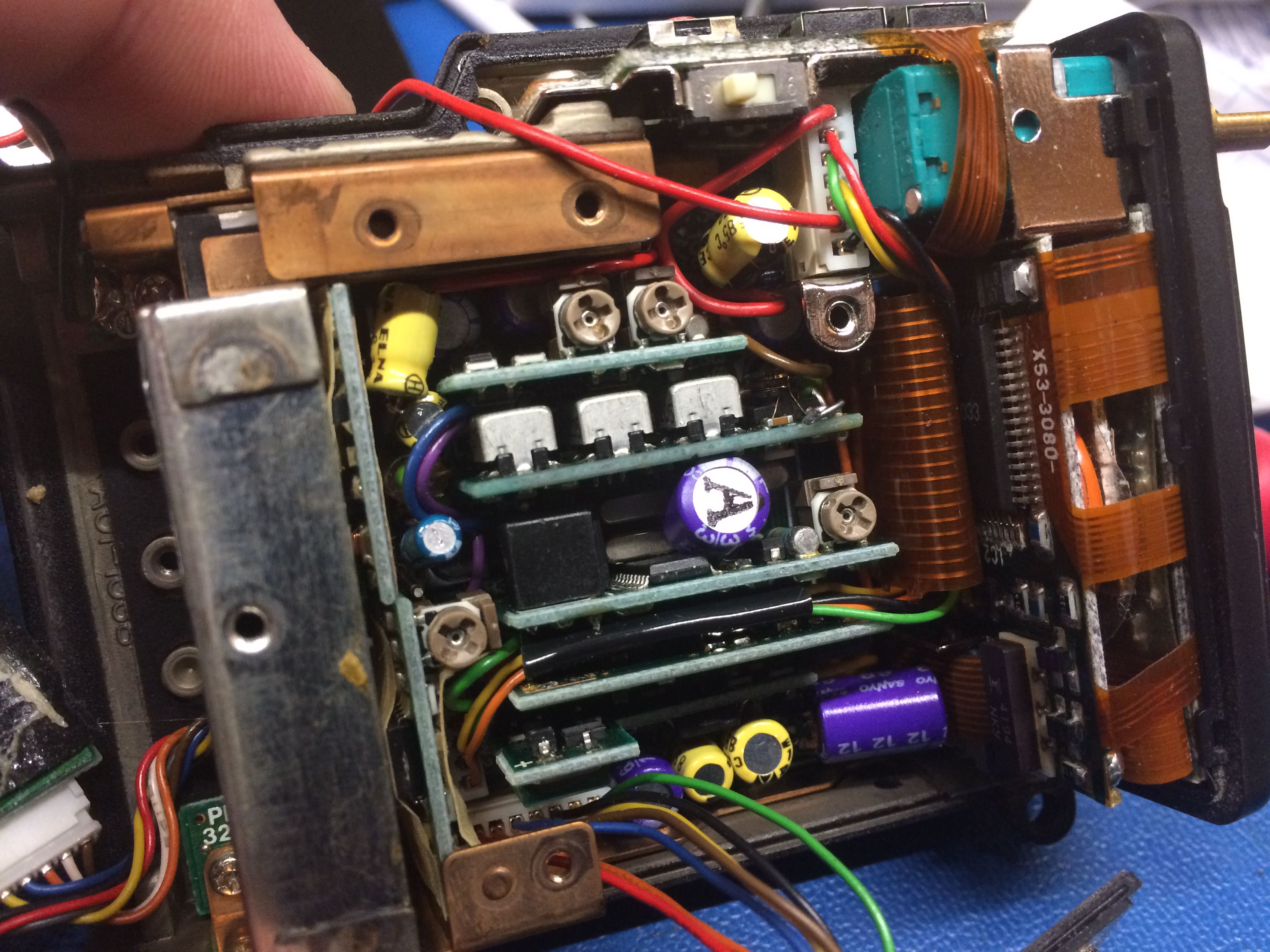 I took a year off work 2017-2018 and had some time on my hands, so I decided to get a ham license.  I have known many fine engineers and other colleagues who were hams, but I just never got around to getting a license.

I began studying the Technician questions on qrz.com and hamstudy.org during March 2018, and quickly moved on to General, and then Extra questions.  I was scoring in the high 90s, so I sat for the exams in Louisville, CO, on April 5, 2018, sponsored by Boulder Amateur Radio Club. I passed all 3 exams, scoring 48 out of 50 on the Extra.  Call sign activated and first QSO with NS0W on April 11, 2018. Member Longmont Amateur Radio Club. I don’t do CW yet, so don’t judge me bro.

My radio and electronics story…

My father was a member of “the greatest generation”, and was a lineman, and later a switch technician, in the Army Signal Corp in World War II.  He worked for Western Electric after the war.  To my knowledge he never had an Amateur License, but he was quite proficient with Morse code, and very knowledgeable about radio in general.

As a kid growing up in the 60s and 70s, I enjoyed taking things apart.  I learned a lot from my father about using hand tools and basic electric circuits.  I had a Radio Shack 200-in-1 experimenter kit and had fun wiring up all the circuits, but didn’t really learn any theory, other than basic ohms law.  As far as radio, I had a CB walkie talkie and was able to talk with a few of the local CBers, and the occasional trucker. Yeah that’s a big 10-4, good buddy!  Also was interested in electric guitar, so I ended up hacking on stomp boxes and audio circuits.

I finally got around to college in the mid 80s. I started off majoring in Music but changed my major to Computer and Electronics Technology.  I got a General Radiotelephone Operator License (GROL) in 1985 after completing a radio/tv electronics course. It’s a nice yellow certificate, and never expires, but I never did anything with it.

I have worked in electronic product design engineering and firmware development since 1987.